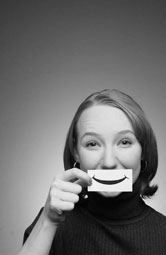 Self-harm can describe a very wide range of behaviours – in fact, we probably all self-harm in different ways at different points in our lives. Smoking, drinking, unhealthy eating, lack of exercise or sleep – the list goes on! During times of feeling stressed or unhappy, many of us use ways of coping which are harmful to our well-being in an attempt to make ourselves feel better. This harm might not be immediately evident – in the case of smoking, for example, or working too hard – but the long-term harm may be very real.

The term ‘self-harm’ is usually used to describe a narrower range of behaviours – behaviours which cause immediate, physical, tangible injury to the body. These may include cutting, burning, banging the head or limbs, scratching, swallowing objects, overdosing, and other self-directed actions. This kind of self-harm – also called ‘self-injury’- is often highly stigmatised and misunderstood. You may be accessing this site because you work with or care for someone who self-harms, or because you self-harm. In either case you will probably be aware that self-harm can feel like a worrying and sometimes frightening issue to deal with.

Men and women, primary school-age children, older people, people with and without disabilities, parents, prisoners, people in highly-paid and responsible jobs, people from all ethnic backgrounds – self-harm is an issue across the whole of society.